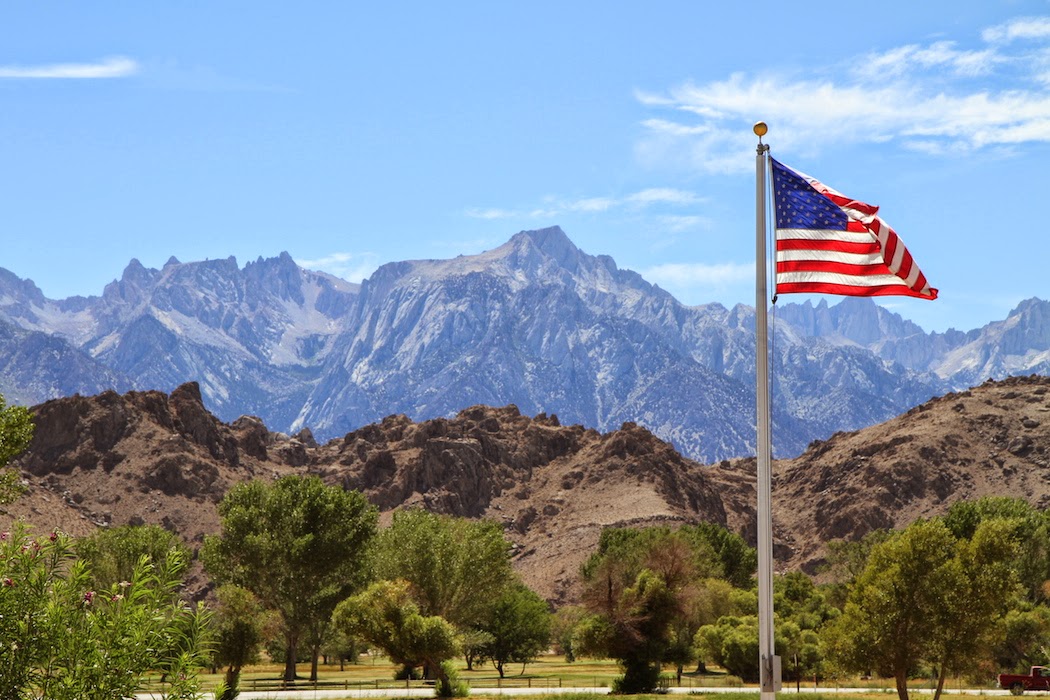 After leaving Death Valley we headed down the road to Lone Pine, CA.  It's a small town but has a lot of interesting things going on and is a great access point to the Sierra Nevada mountain range including the Alabama Hills and Mount Whitney.  But before tackled the mountains, we made a stop at the Eastern Sierra Interagency Visitor Center.

Inside they have a great interactive, 3-D model of the mountain range: 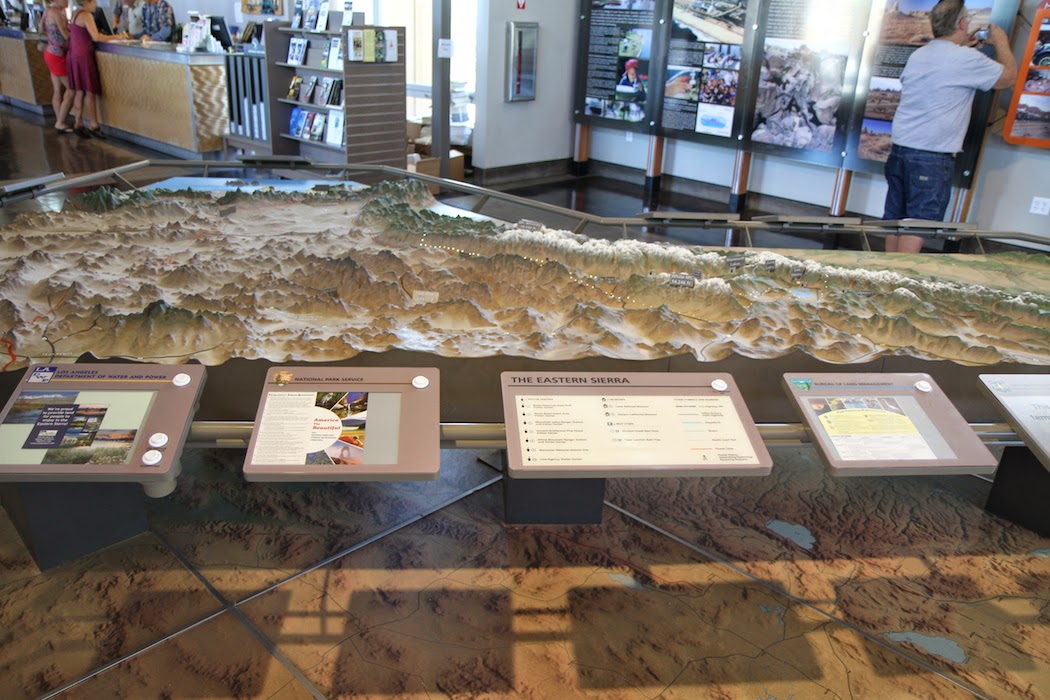 As well as a section of the Los Angeles Aqueduct that delivers water from around the area to Los Angeles: 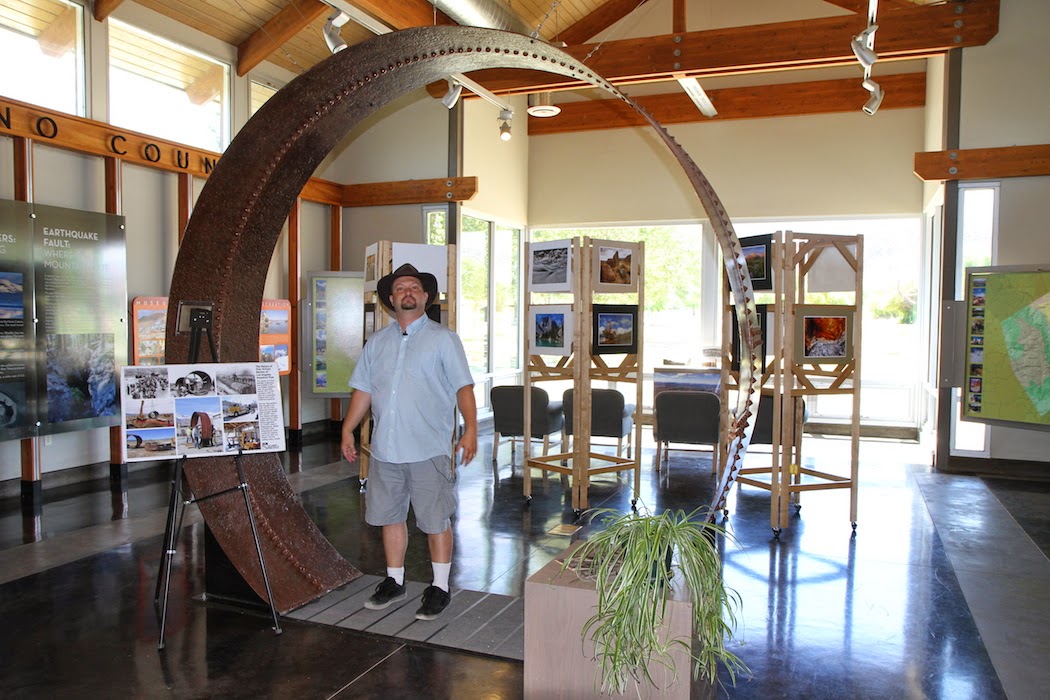 Exploring Lone Pine further led us to a monument to a tragic natural disaster.  In 1872 the area was the site of an earthquake estimated to be 7.6 to 8 on the Richter scale killing 27 people and destroying most of the town's structures.  Today a small stone marker commemorates the event in front of the mass grave of the victims: 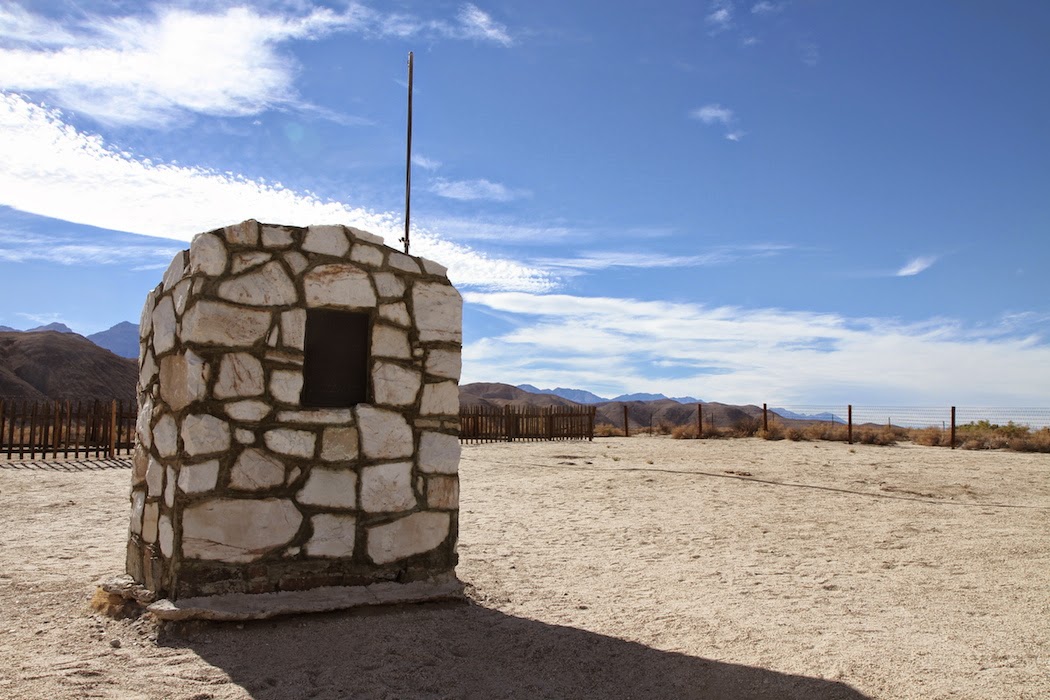 The plaque on the marker reads: 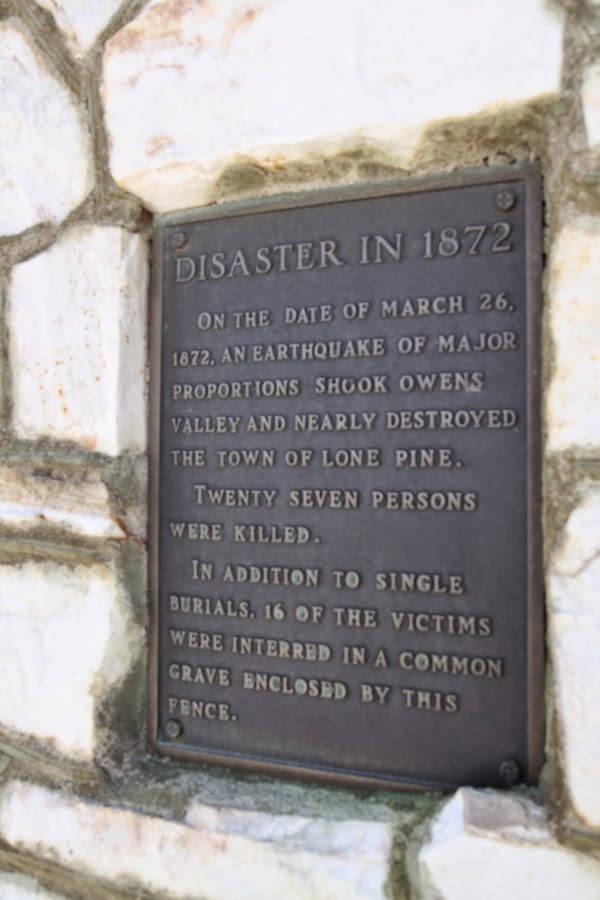 Next up on the trip: movie memorabilia!

Posted by Explorer Multimedia Inc. at 9:39 AM