It's good to finally see a nice, church-goin' dinosaur. 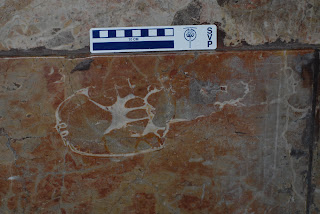 Discovery News is reporting that a dinosaur skull was found embedded in marble at the Cathedral of St. Ambrose in Vigevano near Milan.

Click HERE to read the story.
Posted by Esteem Education Co. at 6:37 AM No comments: 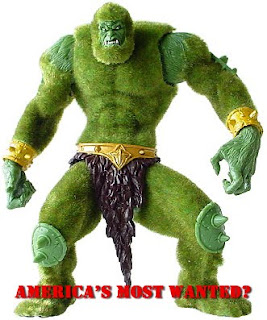 Was the Rice Northwest Museum of Rocks and Minerals almost burgled by a Moss Man? And what the heck is a Moss Man, anyway?

Well it may be a particular ghoul who looks a little something like this: 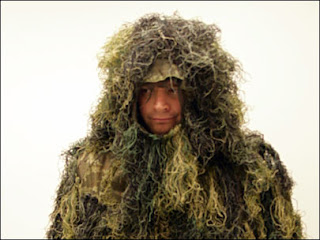 Here's the full story from the Today Show:

Halloween hi-jinks or monster mineral mash & grab? You be the judge.

More information on the story is available from the Washington Post and check out the website for the Rice Northwest Museum of Rocks and Minerals. It looks like a great museum with some very interesting specimens. But when you plan your visit leave your Halloween costume at home.
Posted by Esteem Education Co. at 7:09 AM No comments:

Devin tours the historic Penn Farm at Cedar Hill State Park.
Posted by Esteem Education Co. at 7:36 AM No comments:

Here is some wild tornado footage courtesy of CNN:

This was recorded in Rice, TX during the recent storms.
Posted by Esteem Education Co. at 7:32 AM No comments:

Nothing gets us more excited than robot dinosaurs of various types! So we definitely hope to visit the new "Dinosaurs Unearthed" exhibit at the Museum of Science & Nature that recently opened. The museum was kind enough to post a short video of the dinosaurs being unloaded:

And here is the official trailer for the traveling exhibit which should give you a good idea of what it's all about:

Yea! Robot dinosaurs!
Posted by Esteem Education Co. at 7:48 AM No comments:

Posted by Esteem Education Co. at 2:02 PM No comments:

You've got your super strength, your super speed and the ability of flight. These plain vanilla super powers are the building blocks for many a comic book character. Things get a little spicier when you get into your "niche" type powers: fire powers, ice powers, the ability to talk to fish and so on.

But it takes a certain breed of hero to slap on the spandex and fight the good fight using gold old fashioned dirt. So here's our tribute to some of the more "grounded" four colored characters: 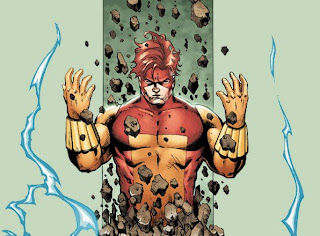 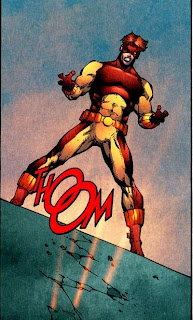 Geo-Force (not to be confused with Geoforce, the asset tracking and management company) is the brother of the character "Terra" from the Teen Titans (more on her later) and a member of the royal family of the fictional country Markovia. He gets his powers from the earth which include the ability to move rocks and dirt and channel lava blasts at his enemies.

Whenever he needs a quick power boost he simply buries himself alive. Not the best powers for the claustrophobic. 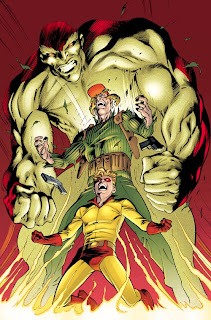 Alter Ego: Sanderson Hawkins
Geo-Powers: Silicate Based Shape Shifting, Geokinesis, Earth Affinity
Publisher: DC Comics
First Appearance: Adventure Comics #89 - December 1941
Best Known For: Being a sidekick who was transformed into a monster and then got better 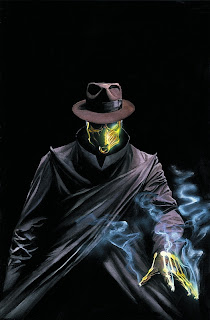 Sandy the Golden Boy was originally the kid sidekick of the original Sandman (who had no geology powers, just the ability to see the future in his nightmares). One of those wacky experiments that are frequently performed by superheros went horribly wrong and turned him into a silicon-based monster. Long story short, he went to sleep for a while and was then cured but still retained the power to turn into sand and move the earth similar to Geo-Force.

He also retains his mentor's precognitive nightmares so if you are up to no good in the middle of the night the Sandman will see...and he's gonna come get ya! 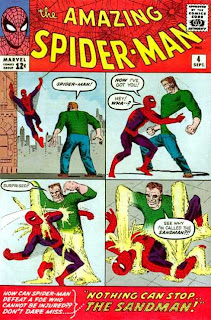 Alter Ego: William Baker a.k.a. Flint Marko
Geo-Powers: Silicate Based Shape Shifting
Publisher: Marvel Comics
First Appearance: Amazing Spider-Man #4 - September 1963
Best Known For: Being played by the guy from "Wings" in one of the Spider-Man movies 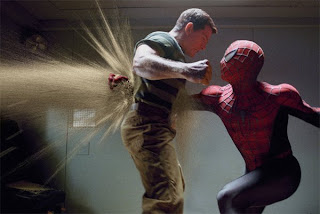 Every list needs a villain and this villain share's some of the same powers as DC's Sandman with one difference being that he can increase his mass by scooping up and random dirt that might be handy.

He shows up from time to time to steal jewels and whatnot and just generally be a nuisance. 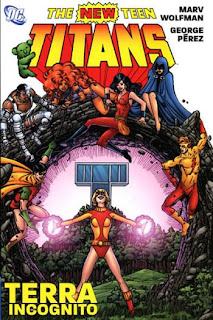 Alter Ego: Tara Markov
Geo-Powers: Geokinesis
Publisher: DC Comics
First Appearance: New Teen Titans #19 - May, 1982
Best Known For: Being a beloved character turned surprise traitor in one of the most popular comic stories of the 80's 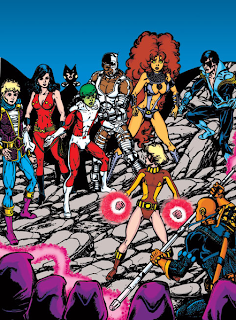 Terra, the half-sister to Geo-Force, joined the Teen Titans in the early 80's when the title was one of the best selling comics on the shelves. She used her earth-controlling powers to fight evil alongside the rest of the team for a while but it was all a ruse. It turns out she was a spy working for their arch enemy Deathstroke.

The character died shortly after her deception was revealed and several other characters have used the name "Terra" but none have been as popular as the original. 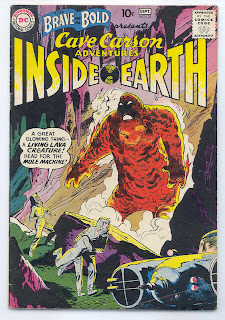 Alter Ego: Calvin Carson
Geo-Powers: Ph.D. in Geology
Publisher: DC Comics
First Appearance: Brave and the Bold #31 - August-September 1960
Best Known For: Being the most famous, if not the only, geologist in comics 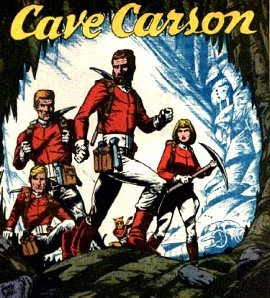 Cave Carson doesn't need super powers. This spelunking adventurer is armed only with an extensive knowledge of geology and leads a team of scientist against baddies like Mole Men, Lava Creatures and other threats that come from beneath.

Despite not having super powers Cave has teamed up with DC Comics' greatest super heroes like Superman and the Justice Society.

I guess a little knowledge can be a powerful thing.
Posted by Esteem Education Co. at 1:26 PM No comments:

Click HERE for more.
Posted by Esteem Education Co. at 10:03 AM No comments:

What color is that flourite specimen? Well, it just depends...

Posted by Esteem Education Co. at 7:45 AM No comments:

A Quick Trip Inside an Active Volcano

Here's some video from the Today Show about a guy who loves to visit the inside of active volcanoes.
Posted by Esteem Education Co. at 8:35 AM No comments: