Looking for a new exotic pet? Devin investigates the possibilities at the Texas Reptile Expo:

Makes your dog and cat look kind of boring, doesn't it?
Posted by Esteem Education Co. at 11:30 AM No comments:

Magic Rocks with The Thing

There's nothing like a wholesome, educational activity to help slow down the inevitable onset of insanity that comes from being snowed in for over a week. And since I don't have "Vincent Price's Egg Magic" handy we'll go with the other old standby: Magic Rocks!

Since our usual geologist is unavailable we'll need the help of another rock expert. And who is more intimately familiar with colorful rocks than our old pal The Thing from the Fantastic Four? 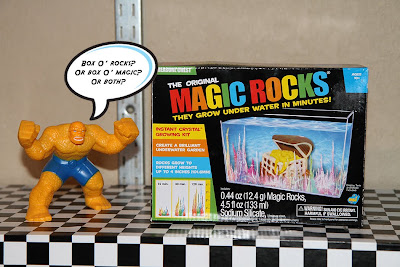 So first we're going to remove the contents of the package which include our tiny little display tank, small bag of colorful rocks and a big ol' bag of eye irritating "magic solution." 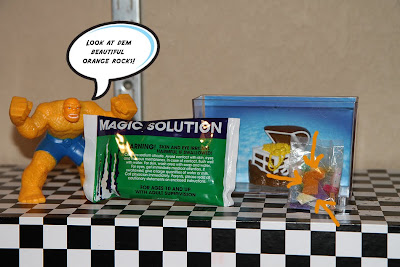 We mix the solution (I totally got a ton of it in my eye) with water and you know what comes next: 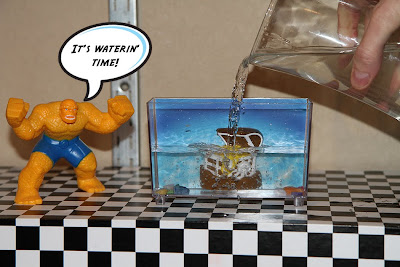 And like any super fun activity, there is plenty of waiting... 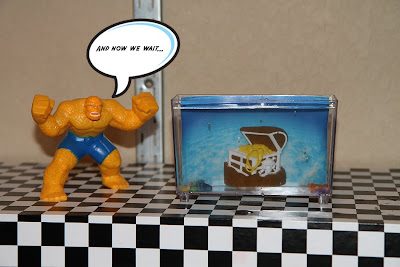 Over an hour later: 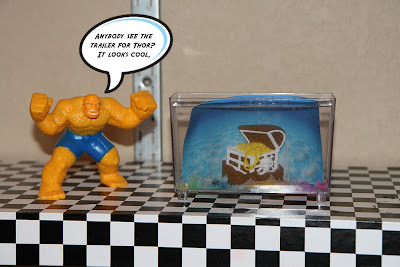 And another hour (actually a little over an hour): 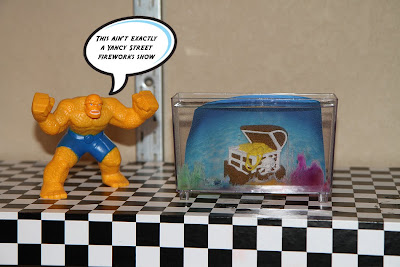 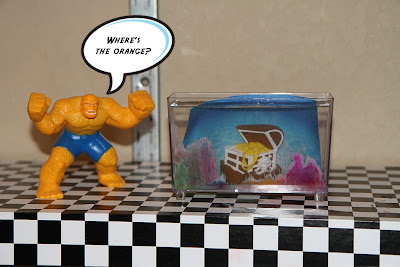 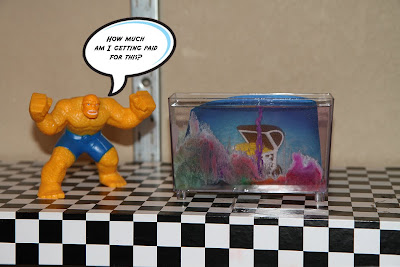 Over twelve hours (What? I got sleepy) later: 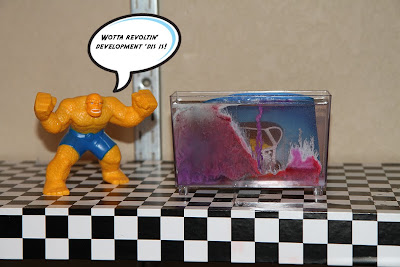 So what did we learn here? Anyone?

Well, at the very least I don't think you're supposed to put the little rocks so close to the front of the display tank or you'll get the big ugly wall of "magic" that we see on the left side of the tank. Like most scientific experiments we learned more from failure than success.

Other than that...I don't know. Feel free to give it a try yourself though:

Posted by Esteem Education Co. at 7:36 AM No comments: