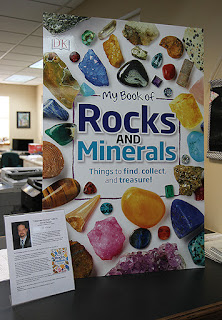 Devin's new book "My Book of Rocks and Minerals" is out and is currently the #1 new release in Children's Rocks and Mineral Books on Amazon.  We recently had a book signing at the Piedmont Library where Devin gave a talk about Oklahoma geology. 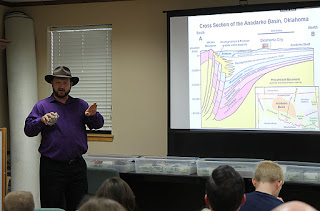 At the event we also had one of the Oklahoma Geological Foundation's rock kits with great, museum quality, specimens that the crowd was excited to see and touch: 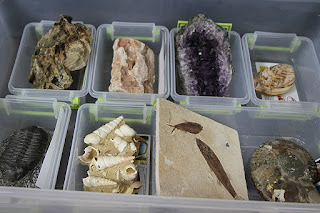 After the talk and the rocks, plenty of folks picked up copies of the new book.  We had lots of great discussion about earth science and made plenty of new friends. 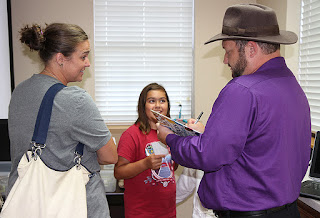 The book is now on sale anywhere you buy books so pick up your copy today!

Posted by Esteem Education Co. at 6:02 AM No comments:


#1 Exposition Street - - #2 No Limits - - #3 Dino Dance Party!  - - #4 Chromosaurs
Years ago, in Route 66's prime, the roads were packed with vacationers, salesmen and entrepreneurs who drove up and down the back roads and highways chasing the American experience.  Gas stations and motels were in fierce competition to get the attention and patronage of these weary travelers so many of them got creative.

Sinclair Oil had a dinosaur theme in their advertising and so it was only natural to have some dinosaurs at their stations welcoming the empty tanks of road weary wanderers.  The bright green statues are few and far between these days but lucky travelers can still find a few at select Sinclair stations.  And the great state of Oklahoma has several you can spot on your next road trip like this one in Tahlequah: 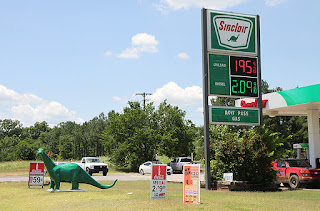 This is a pretty standard example but seek and ye shall find some more colorful examples.  One of the best places to stop on an Oklahoma road trip is Arbuckle Mountain Fried Pies in Davis along I-35.  You can pick up lunch, dessert and a selfie with a red version of the dinosaur that stands watch on their roof: 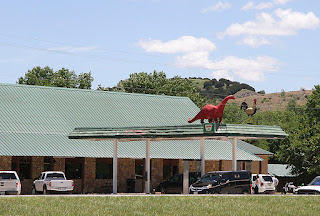 Further north up the interstate you can find an even more colorful guy in a very colorful place.  The Toy & Action Figure Museum in Pauls Valley has pretty much every super hero, cartoon character and scifi monster you can think of.  And among the heroes and villains you can find this guy: 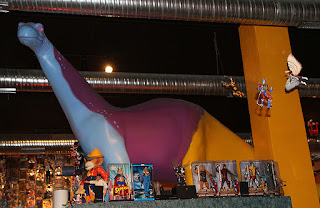 Even farther north is an example of another dino with a dramatic story.  You wouldn't know it to look at him now but a few years back, this dinosaur in Norman lost his head: 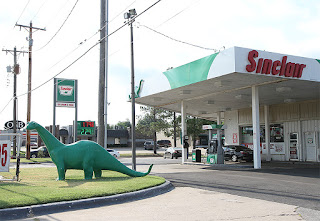 As you can see, he's made a full recovery but for a while he was completely headless.  How did this happen?  How did it get resolved?  News 9 reports:


Now, of course, you can find these guys outside of the Sooner State.  You just have to keep your eyes open on the road (which you should be doing anyway).  But if you're lucky, you can see the balloon version from the comfort of your own home.  After a long absence, the Sinclair Dinosaur Balloon returned to the Macy's Thanksgiving Day parade last year:

So if you want to find a couple of these guys then consider your next road trip to be a dinosaur hunting expedition.  You never know what you'll see on the back roads.

Posted by Esteem Education Co. at 8:37 AM No comments: