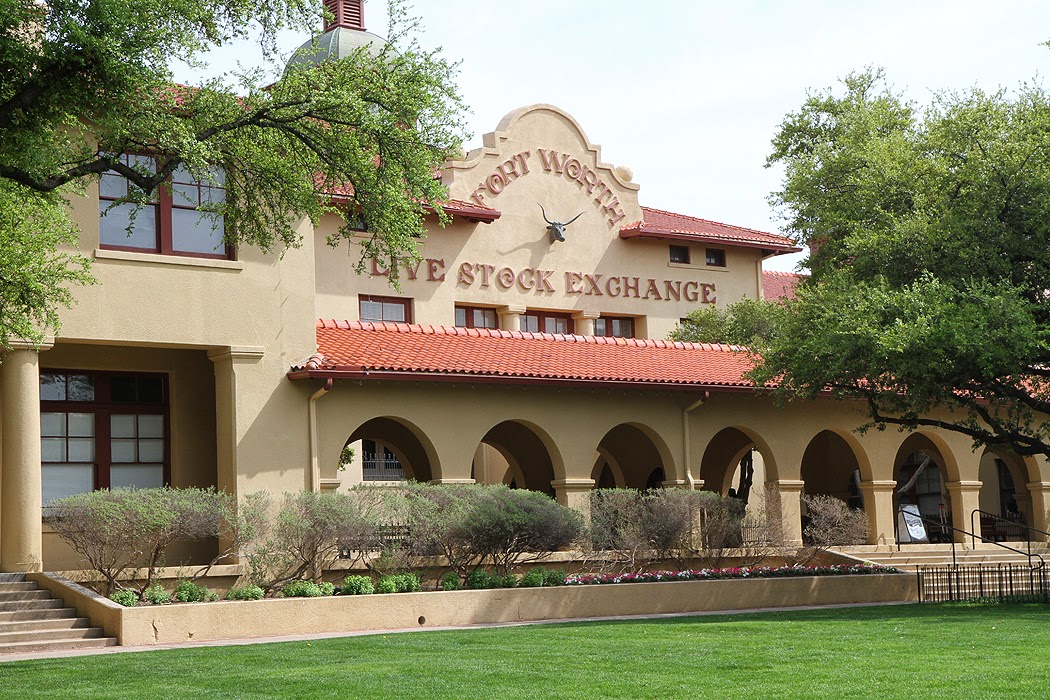 Headquarters, one of greatest cattle markets in the world.  In late 1860s Fort Worth was stop on cattle trails. Market for West Texas organized 1870s. First trader, T. B. Saunders, Sr., soon was joined by others.
First small packing houses were followed (early 1900s) by multi-million dollar plants. By 1910 trading almost doubled.
This structure was erected in 1902-03 to house the Stockyards Company, Livestock Commission, and buyers officers, surrounded by lawns (now parking lots). In 1944, was purchased by United Stockyards Corporation.

The building is still used to this today.  Additionally, inside is the Stockyards Museum which houses a variety of historic artifacts: 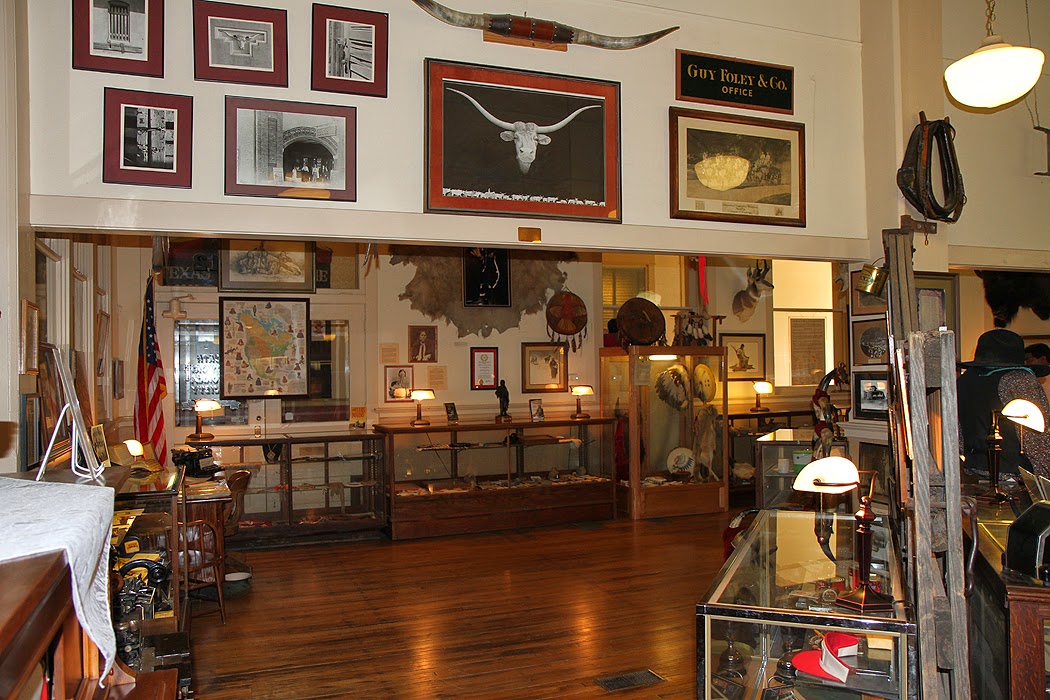 One of the more interesting and unusual pieces in the museum is easy to miss if you're not looking for it.  The Palace Light Bulb is a world record holder as the Second Longest Burning Light Bulb in the world: 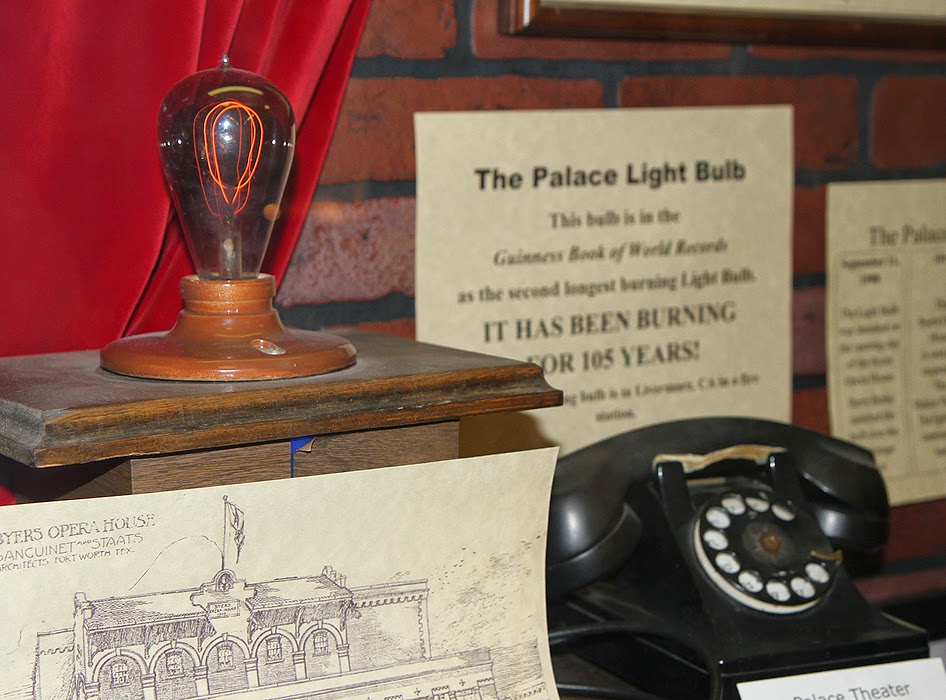 This beauty has been burning for 105 years straight.  More Stock Exchange info is packed into this video we shot a few years ago: