If you've ever wanted to have meteorites for dessert then today is your lucky day.  However you have to special order these from Japan so you'll have to be patient while waiting for them to arrive: 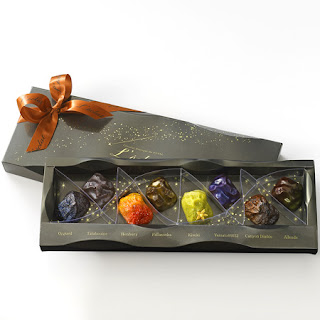 Next up is a big lump of coal that was Christmas themed but we prefer to think of it as Geology themed: 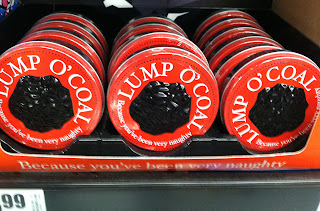 Next up is a unique one...Petrified Dino Slime in Min Chocolate Chip flavor: 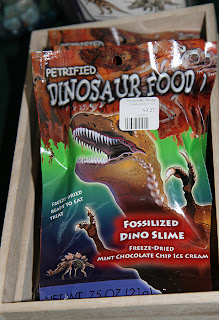 And finally we've got the old standby: candy rocks!  This time they are in chocolate coal flavor: 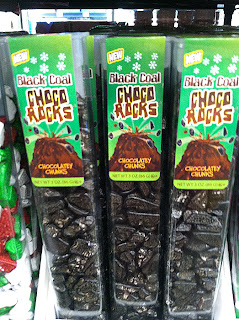 Posted by Esteem Education Co. at 3:19 PM No comments:

We've clearly fallen a little behind when it comes to tracking down Dallas filming locations.  But we press on with the season finale of season one and the season premiere of season two.  Our first stop is a bit of a disappointment.

The "Motel Couple $19" has been a roadside icon in south Dallas along I-35 mainly because of its eye catching sign: 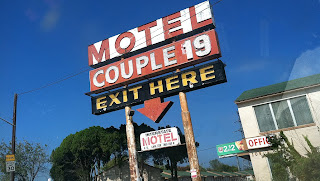 We've seen it before in at episode of the short lived Fox series "The Good Guys."  The producers of Dallas also fell in love with the place when they needed a location for a seedy motel: 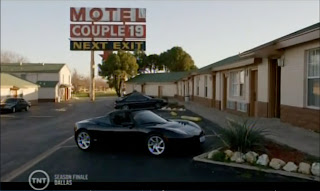 But when I went back there to take pictures I learned, much to my shock, that they had replaced the iconic sign: 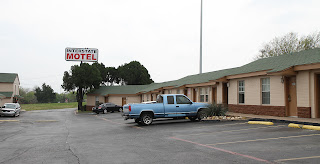 Another piece of roadside cultural has died.  Let us have a moment of piece.  Ok, that was long enough.  For you hardcore trivia buffs, the roof they inspected was 108: 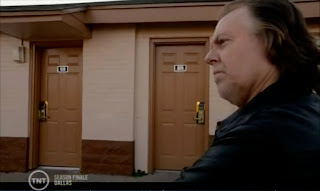 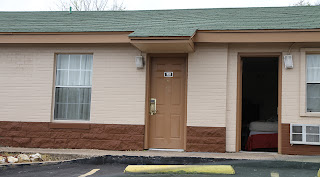 I didn't check it out any further because, let's face it, I was afraid to leave my car.  The "sleazy motel vibe" wasn't something that the producers and set decorators added.  It's for real.

Fast forward to the season two premiere and we have Bobby and Christopher about to enter the lions den...the Dallas offices of Barnes Global, home to their longtime rival Cliff Barnes: 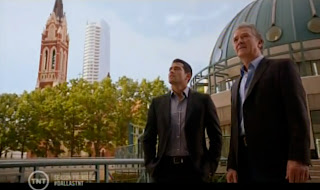 Behind them you can see The Cathedral Shrine of the Virgin of Guadalupe and the rotunda at the Chase Tower (also know as the building with the hole in it).  Both of which are, of course, in downtown Dallas. 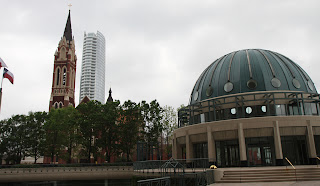 You may remember the rotunda being featured in the 2002 film Serving Sara.  Barnes Global is housed in the Chase Tower in this episode: 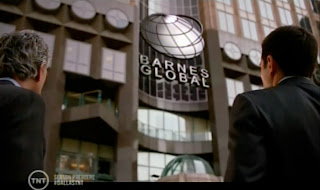 In the real world, of course, it's not: 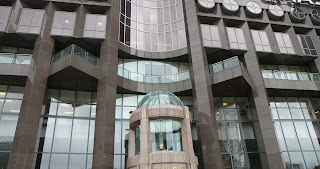 Such is the nature of Hollywood magic!