The Lunar, the Better 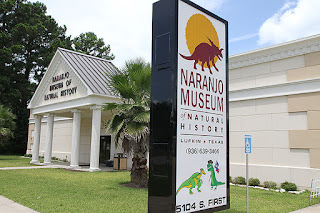 When you think of the small East Texas town of Lufkin you might not immediately think of fossils, dinosaurs and space travel but those are some of the topics covered in the town's little known (at least I had never heard of it) Naranjo Museum.

But among the impressive dinosaur skeletons and archaeological specimens is the museum's most impressive piece...which came from a long distance to its East Texas resting place. 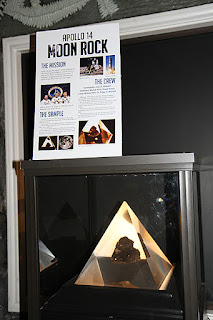 That's right, the world's largest moon rock on display can be found in Lufkin, TX!  It was collected by the Apollo 14 mission and was permanently loaned to the museum by NASA’s Johnson Space Center.  Here's a close look at the 4 billion year old specimen: 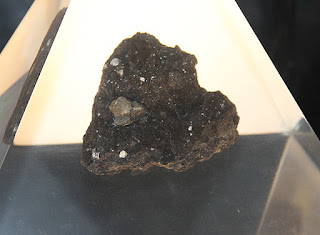 The moon is approximately hundreds of thousands of miles away so if you want to see a big piece of it you're probably a lot better off heading to Lufkin.

Posted by Esteem Education Co. at 7:29 AM No comments: 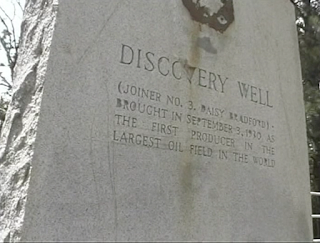 Devin takes a look at the history of the Daisy Bradford No. 3 Discovery Well which brought about the discovery of the East Texas Oil Field and Oil Boom of East Texas: