We were lucky to catch one of the finals days of the "Dinosaurs: Big, Bad, Bold and Back Robotic Exhibit" at the Mississippi Museum of Natural Science in Jackson, MS.  You know how much we love our robot dinosaurs!
Here are a few picture and video samples from the Kokoro exhibit: 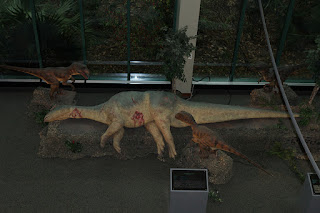 A new momma with her hatchlings: 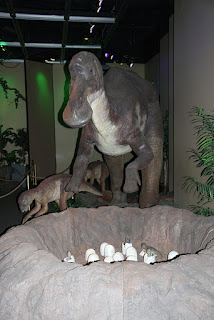 A family of dinos: 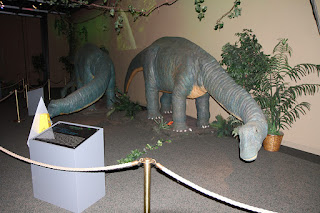 Posted by Esteem Education Co. at 5:18 AM No comments:

We found an awesome exhibit at the Mississippi Museum of Natural Science!  Take a look at a live two-headed snake: 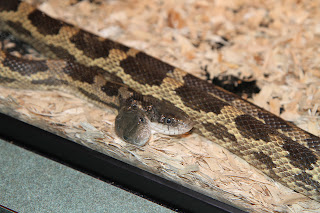 We've seen a dead one before at the (now defunct) Million Dollar Museum but this is the first time we've seen a live one.  Here's the story: 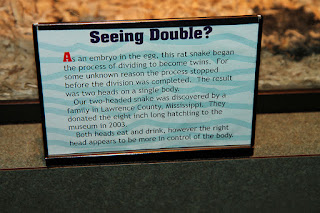 I hope they get along.


Posted by Esteem Education Co. at 7:13 AM No comments:

Devin cracks open a can of Tac Bac - Tactical Canned Bacon by CMMG:


Try some for yourself:
Posted by Esteem Education Co. at 7:53 AM No comments:


This episode discusses the scientific theory of plate tectonics, in which the Earth’s crust is subdivided into a series of large and small tectonic plates. Convergent, divergent or transform boundaries are discussed and demonstrated with brittle graham crackers and icing to illustrate the motions of the plates at these boundaries.   A second demonstration consisting of heating cream in a pan, representing convecting upper mantle, driving a relatively brittle layer of cocoa powder (the Crust).

Posted by Esteem Education Co. at 7:22 AM No comments: