Volcanoes form when magmas make their way to the Earth's surface and erupt. Volcanoes vary by type; cinder cones, strato volcanoes or shield volcanoes. The intensity of the eruption depends in part on the composition if the lava, and following, how much gas is contained within the melt and how viscous (reseitive to flow) the magma is upon reaching the Earth's surface. This episode demonstrates how the release of gas is an importance factor in the violence of a volcanic eruption through the classic baking soda-vinegar volcano, and a more modern analog with diet soft drinks.

Posted by Esteem Education Co. at 12:05 PM No comments:

It's time to check in again with the kickingest, punchingest Ranger in all of Texas.  Episode 7 starts off with Walker showing off his rodeo skills at the Mesquite Arena in Mesquite, TX: 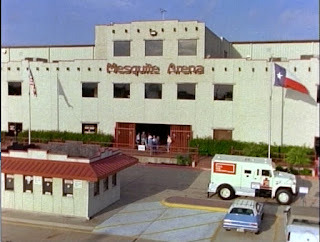 After an invigorating session of bull riding and autograph signing, Walker takes the time to foil an armed robbery by some rodeo clowns (literally, rodeo clowns).

You can see from the picture below that the arena has changed quite a bit (it's now called the Resistol Arena)  but the ticket booth is still out front, it's just covered with an awning now: 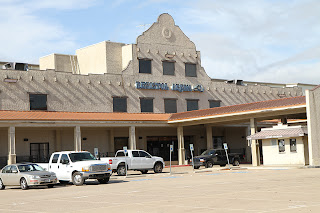 The investigation (of whatever it was they were instigating) led them to Lone Eagle Discount Liquor: 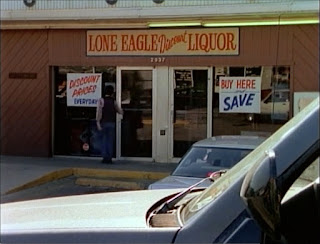 Goody-Goody Liquor filled in for "Lone Eagle.  It's in Dallas on Greenville Avenue: 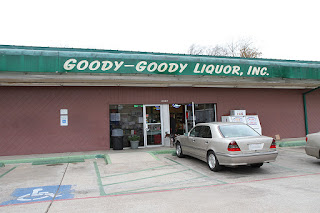 The next episode features a wacky prisoner transfer which takes them to to the small town of Palmer, TX (in Ellis Country, south of Dallas along I-45): 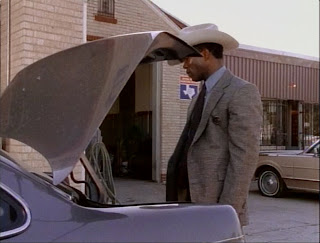 There, they take a pit stop at a mechanic's place which is housed in the historic Magnolia building: 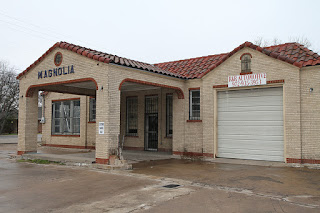 Later they end up in the downtown area, which doubled as a police station: 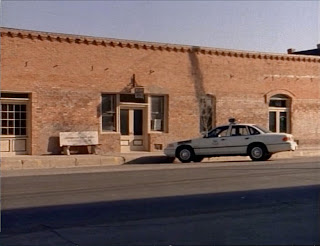 Today there is a series of small town-esque shops and whatnot in the area: 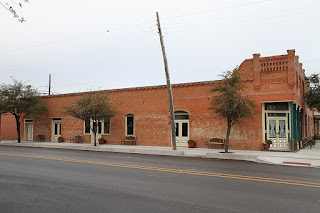 As usual, there's a fair amount of jumping through windows and general fisticuffs.  This was kind of Trivette's (Walker's partner) episode so he got some good licks in: 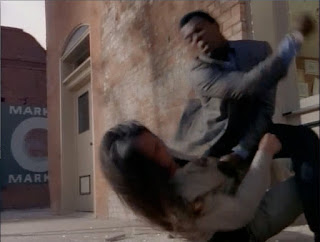 Some of the design aspects of the buildings have change but the overall structure has remained the same: 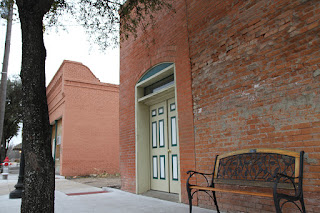 So if you ever find yourself in Palmer, TX you'll have a factoid or two to share with your traveling companions.  (They also shot part of Tender Mercies here too.)

And now it's time for a special "Christopher and Rebecca" edition of "On Location."  In episode #8 of the first season of TNT's Dallas Christopher drives his estranged wife to her apartment which is seemingly at Mercantile Place on Main Street: 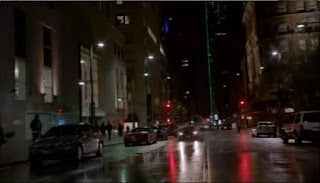 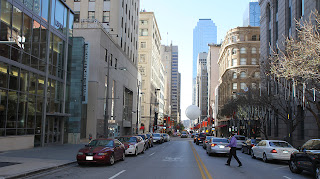 Since we've already seen that she lives in the "South Side on Lamar" apartments this feels a little geographically wonky but, you know, Hollywood magic and all that... 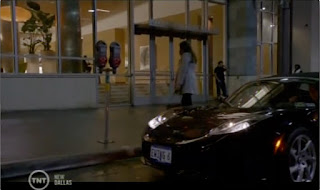 In episode #9 they head out to Bishop Arts District (good luck finding a parking spot if you go around lunch time) to do some baby shopping and whatnot: 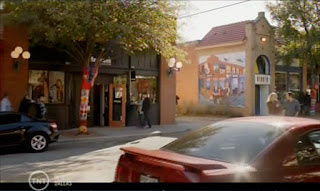 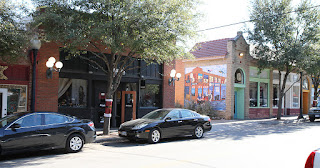 Walking amongst the various shops, they pass by the cool Bishop Arts District mural.  Here's a better look at it: 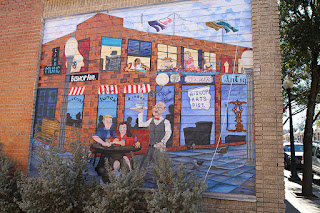 That's all you get this time.  Only one more episode left to do for this season!  Hopefully I'll get it done before the new season starts.

Posted by Esteem Education Co. at 2:04 PM No comments:

From Cows to Quinoa Trailer

Here's the trailer for our latest documentary short "From Cows to Quinoa" which follows the exploits of Weldon, a fun loving guy who won't let his severe food allergies slow him down.

Posted by Esteem Education Co. at 2:22 PM No comments: