On Location #17: King of the Hill Comes to Dallas

Awhile back we showed you Hank Hill's visit to the Cadillac Ranch in Amarillo, TX. In the season 13 episode "Nancy Does Dallas" the show heads to, you guessed it, Dallas. Check out the "cartoon-ized" version of the downtown skyline: 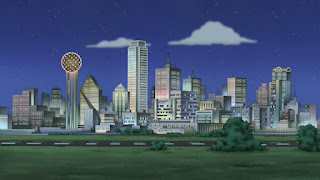 The did a pretty good job of matching the skyline details. (By the way, it's very difficult to take a picture of downtown from this angle without getting hit by a car.) 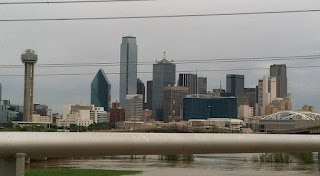 Later in the episode Nancy and her new co-workers check out a basketball game (between the Mavericks & Spurs, no less) at the American Airlines Center: 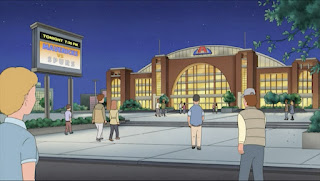 Again, they got lots of the details right (with the exception of the "AA" logo). 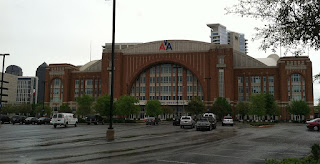 Here's some video we shot awhile back about the building's architecture and some of the science behind it:


Posted by Explorer Multimedia Inc. at 10:37 AM