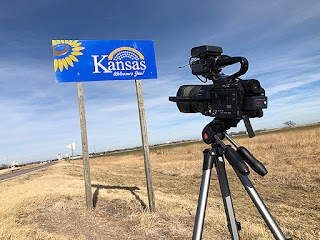 We headed north for our latest shoot, all the way to the Sunflower State.  Kansas welcomed us back but it wasn't its flat plains we were looking for, it was underneath them.  Strataca, the Underground Salt Museum is a part of a still-working mine owned by the Hutchinson Salt Company and they were nice enough to let us come by and get some footage for EveryDay Earth! 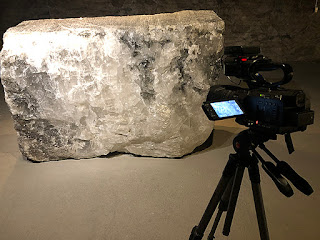 In addition to several tours, the underground museum has tons of exhibits on mining, history and science, all inside the old mine.   It only takes 90 seconds to descend the 650 feet into the mine/museum but hours to take it all in.  It was great to get shots of the walls of the historic tunnels. 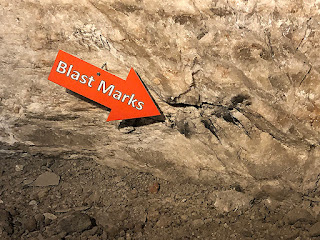 There were also plenty of old mining equipment on display as well as tons and tons of empty dynamite boxes.  Apparently "what goes down into the mine, stays in the mine" including artifacts like old food packages, tools and even old footprints from the miners. 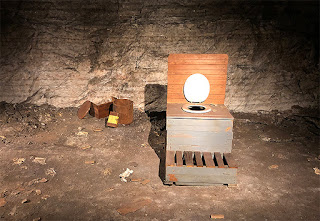 As you can probably imagine, the life of a miner was hardly glamorous.  The tours provided a good look into their working life including this seat of honor, left untouched for years.  Again, "what goes down into the mine, stays in the mine."  Due to the nature of the enclosed mine, everything inside it is well-preserved. 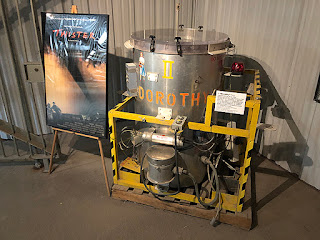 And because of this, lots of old films and stored here as well as famous film costumes and props.  Our favorite was "Dorothy II" from the movie "Twister" but there were plenty of other stuff from movies like "Batman & Robin," "The Matrix, " and others.

Those were great but we were there for the rocks, of course.  We were able to get some great shots that will end up in future Missions of EveryDay Earth, so soon you'll be able to virtually experience Strataca yourself.