Latest Shoot: Checking Out Some Rocks at the Library

It takes a lot of footage to make a project like EveryDay Earth.  Like all our projects, the kind of shots we typically need are of rocks.  We get plenty of footage in the field but since there's no such things as "too many rocks," we're always trying to get more.

Luckily our friends at the Oklahoma Mineral and Gem Society were kind enough to loan us some of their best specimens to shoot.  A few days before they had just taken down a display at the Metropolitan Library in downtown Oklahoma City so the timing was prefect.

We needed a space to set up and our friends at another library, the Piedmont Library, let us use some of their space (and show off some rocks).  Here's what the setup looks like... 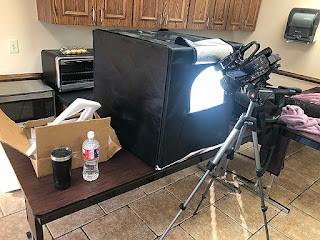 ...to get a shot of native sulfur that looks like this:

We spent several hours shooting and had access to some great specimens.  There were even several that were so big we couldn't fit them in the light box.  That didn't stop us from getting footage of them though. 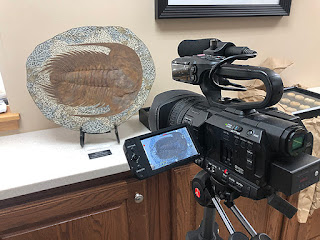 All in all, it was a very productive day and we'd like to thank everyone who helped out.  Be on the lookout for the great shots we got in EveryDay Earth!

Posted by Explorer Multimedia Inc. at 9:32 AM